23 DecWhat Is A Tilt Switch?

Laser-View Technologies is a distributor of DIS Tilt Switches. A tilt switch is defined as “an inclinometer with a switching output at a pre-defined tilt angle.”

How A Tilt Switch Works

Tilt switches are commonly used to detect motion or orientation. DIS Tilt Switches are used to detect slope or inclination relative to gravity and are set to trigger outputs at limits outside a safe operating zone.

DIS Tilt Switch sensors are based on MEMS accelerometers and address position, and level measurement challenges. When the measured angle exceeds the maximum angle set point, the sensor will switch the output so that the application control unit can take appropriate action. These actions include activating an alarm, restricting speed/direction of movement, or enabling safe mode.

The output for DIS Tilt Switch can be PNP or PNP, as shown in the figure below. 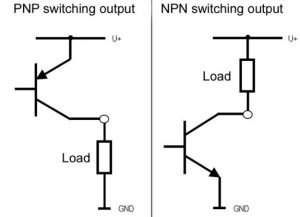