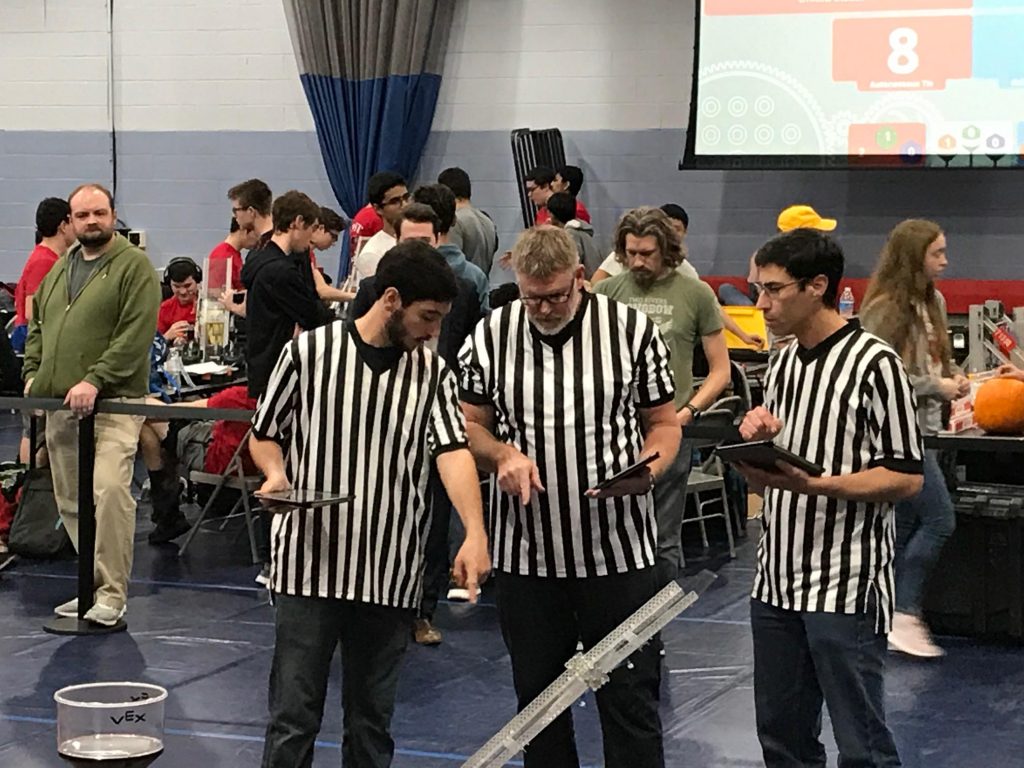 Teams of students from Pennsylvania to Maryland gathered to test and compete with potential robotics designs. They also got a feel for the new VRC challenge for the 2019-2020 season.

VEX challenges are hosted by the Robotics Education & Competition Foundation, which “seeks to increase student interest and involvement in STEM subjects by engaging students in hands-on sustainable and affordable curriculum-based robotics engineering programs.” Across the US and internationally, teams of students design and build a robot to compete against one another. The challenges to lead up to the annual VEX Robotics World Championship, held this year in April 2020.

After a full day of qualification and elimination matches, one of the Parkland High School Teams, Aetherium, took the first rank. They brought home the excellence award and were named tournament champions.

Congratulations to all participants and best of luck during the 2019-2020 VRC season!